A lickable screen that can imitate flavours is in development

A lickable screen that can imitate flavours is in development

Food in fantasy can be such an oddly evocative part of the overall experience, especially in video games. Just like in movies and books, it can serve as just a small garnish adding to the overall build of the world by showing us what people who actually live there would eat, but often it goes a bit further. In games you often have to acquire, or at least make the food and often the meals will provide benefits like health or power. Food in some games can be the whole point, or just a glimpse into a deeper world, but they all lack flavor.

Surely I’m not alone in saying I want to actually be able to taste videogame food. The dishes I make in Genshin Impact are so beautiful and often claim heritage to the cities they’re made. It almost seems like a crime that I don't get to eat them. Please, allow me to experience the feast of a Monster Hunter before the hunt, or the preparation meal of rebalanced food before going off on a raid in Valheim. I want to taste the bones that make for a crunchy chick in Fable 4. At least, I think I do.

Finally, I have proof that I am not entirely alone. As reported by Reuters, a lickable TV screen prototype has been developed by Meiji University professor, Homei Miyashita. The Taste the TV, or TTTV imitates the flavours of food by spraying a combination of 10 different flavours to get the desired effect. If we can mix three different colours of light to make almost infinite colours, why not. The flavour is then applied by a hygienic film that rolls out over the screen, ready for licking. It’s a bit of a Covid nightmare, but so long as people don’t go sharing screens, it could also be a Covid dream.

"The goal is to make it possible for people to have the experience of something like eating at a restaurant on the other side of the world, even while staying at home," Miyashita told Reuters and went on to explain the real-life applications could be used for training sommeliers and chefs, as well as tasting games and quizzes.

He expects that a commercial version of the device will cost 100,000 yen, or a bit over $800 USD to make, and has even been in contact with companies about using the spray for other flavour applications. Things like using a piece of bread instead of a screen, for example. Miyashita also likened being able to download flavours and have them printed to be able to listen and enjoy music worldwide, and it’s a very cool concept.

Sadly, I can't recommend you lick any in our current list of best gaming monitors for 2021. A future where a friend could send me a taste of their mum’s best recipe from all the way around the world is a very cool idea. Let alone be able to get a lick of the best bakeoff cake, or know what a Bethesda universe Sweet Roll should really taste like. Though there are also plenty of fictional flavours I am certainly glad to have never tasted and we can only hope that good prevails over evil as this new technology develops. 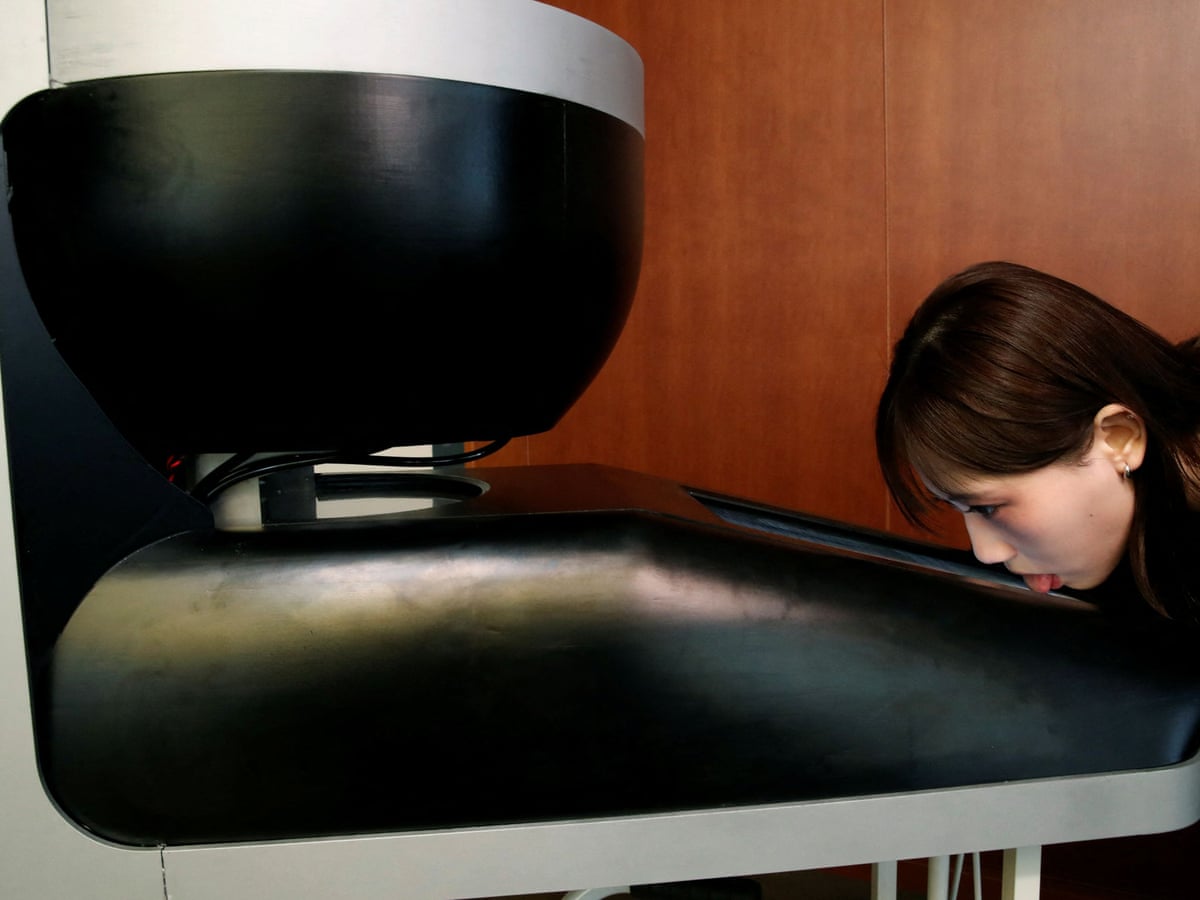