After his reveal(opens in new tab) earlier this month, the full roster of Overwatch 2's new tank character Ramattra's abilities are out in the open alongside a trailer showing off the transforming robotic tank in-game ahead of his release on December 6, 2022.

Blizzard calls Ramattra a "Overwatch 2's first tempo tank", by which I think they mean that he transforms between forms as the pace of battle changes. Ramattra's Omnic form is better at long-distance protection, while his Nemesis form is better at engendering close-range chaos.

Ramattra's Omnic form lets him fire projectile streams in a predictable pattern, all while creating barriers to protect his team. He can swap freely to his Nemesis Form, which changes his basic attacks to punches that make energy waves to catch enemies in a crossfire, as well as a crossed-arms shield that reduces the damage Ramattra takes from the front while reducing his movement speed.

Ramattra's other ability is Ravenous Vortex, a ball that explodes when it hits the ground, creating a field of damage. Most notably, though, that field also slows affected enemies and pulls them downward—a potent counter for the enemy team's Genjis, Pharahs, and other DPS that rely on mobility.

Ramattra's ultimate, Annihilation, creates a frontward creeping swarm that not only deals damage but cuts enemy damage dealt by a whopping 50%. Blizzard developers told PC Gamer that "you're gonna want to get away from him when he uses it." 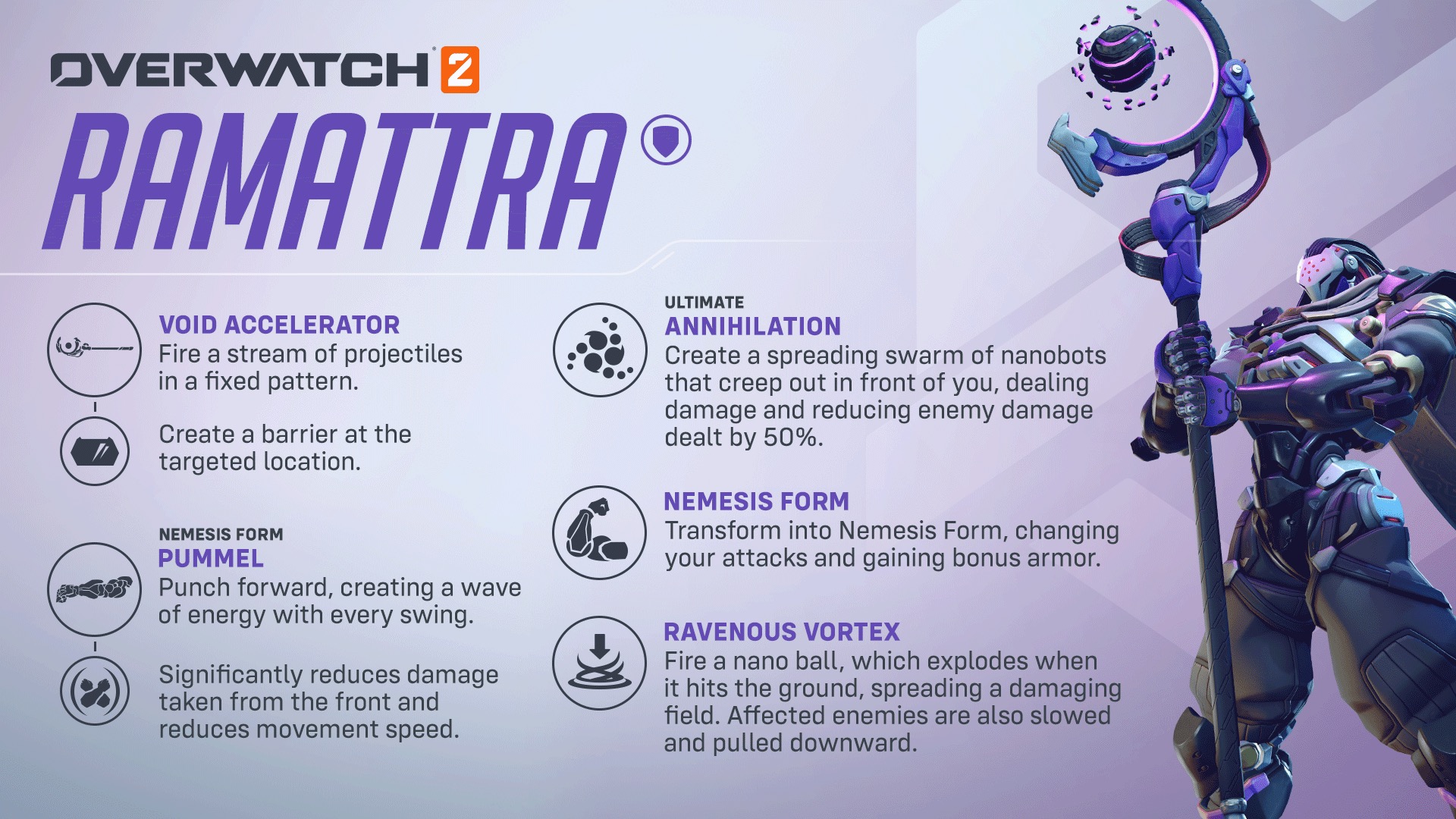