Like seemingly much of the Hearthstone playerbase, I consider myself a Battlegrounds main these days. So the big patch that follows a new card set has become the more exciting drop to me. Blizzard has even taken to giving Battlegrounds its own pre-release cycle with content creators doing exclusive reveals. The thrust of those this week has been the announcement of Battlegrounds "Buddies", which will go live with patch 22.2 on Tuesday, January 25.

Buddies are a new mechanic, and every Hero will have its own Buddy card which can't be acquired from the shop. Instead, you get your Buddy by filling up a meter, which is done by performing specific actions (popping Divine Shields, for example) over the course of a game. Once the meter is half full you receive your first Buddy. Completely fill the meter, and you'll get another two Buddies, creating a golden version if you still have the first Buddy in hand.

Blizzard explains: "After both sections have been filled, the Buddy Meter breaks and is no longer available for the rest of the match (regardless of whether you tripled your Buddy or sold any copies off along the way)." It sounds weird, but it's actually pretty simple. RDU breaks it down in the video below.

Because each buddy is unique to its Hero, it means 75 new minions are being added to the game. As you'd expect, the Buddies' abilities synergise very specifically with the play style of the Hero they accompany. So, for instance, King Mukla's Buddy is Crazy Monkey, a 4/4 with text that reads: "After you feed a minion a Banana, give it +1/+1."

There's a gallery of–so help me god–every single one of the Buddies below. Check out the captions to see which Hero each Buddy belongs to. You can also find them all on Blizzard's own site by inspecting the individual Heroes. I think it's safe to say they're going to shake up the tier list of most powerful Heroes substantially. Blizzard clearly thinks so, because whilst it trials the Buddy system, it's going to disable the varying amounts of armor Heroes currently receive to balance them. Or in other words: all bets are off next week.

"Buddies are earned at three different rates, with those at lower Tavern Tiers being earned more quickly than those at higher Tavern Tiers," explained Blizzard, adding that: "....there’s a limit to how much a Buddy Meter can be filled in a given round, so that no Buddy runs away with the game." With 75 Buddies to balance, I very much suspect we'll see about that.

Patch 22.2 will also see four new heroes added to Battlegrounds: Bru'kan, Drek'Thar, Tavish Stormpike and Vanndar Stormpike. Click on the images underneath to see their Hero Powers. It will also bring a full rating reset, extend the Hero selection timer by 10 seconds, and increase the cost of upgrading to Tavern Five by 2 gold. Oh, and Kael'thas, Silas Darkmoon, and Chenvaala will all be temporarily disabled, due to a bug discovered late in testing. Something, something, spaghetti code.

Meanwhile, back in Standard, Team 5 is finally taking the nerfhammer to a meta so dominated by a single class that it's widely been called Roguestone. Here's a list of the cards being changed when 22.2 lands, which also includes some nerfs aimed at reining in egregiously powerful decks in Wild, plus a solitary buff to a notably underperforming Hero card.

To be honest, I'm not entirely sure that a 1-Mana bump does enough to stop Shadowcrafter Scabbs' blanket board removal from being an incredibly frustrating effect. The change to Sorcerer's Apprentice does look like a full-on murder though, which should please everyone except Wild Mage mains.

There are a raft of changes coming to the Duels and Mercenaries modes too, with the latter getting a whole new zone as well as more Mercenaries to level up. Until those modes get substantially more popular, I'm not going to break down the additions in detail though—you can find them in full with the patch notes. I also recommend reading our excellent State of Hearthstone in 2022 feature, which essentially cups the game and asks it to cough. 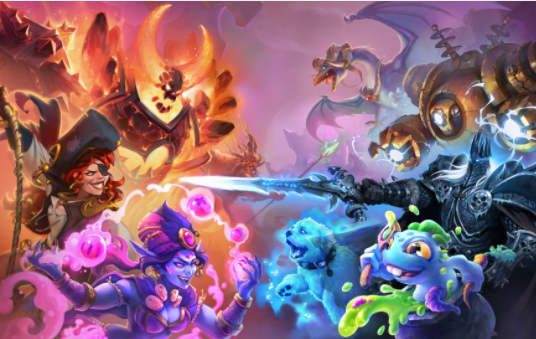