Shiro Games' upcoming Dune: Spice Wars has an imposing legacy of great RTS games to live up to, and a recent FAQ up on the game's Steam page has shed some more light on its direction.

The thing that stood out the most to me was Shiro's insistence on the hybrid nature of Dune: Spice Wars. It won't be fully turn-based like 4X games such as Civilization, but it will be slower-paced and larger-scale than a typical RTS, with an emphasis on economics, politics, and spying. Shiro claims that these are "features that make it a true 4X game but do not detract from the core RTS experience that players would expect."

This strikes me as a great fit for Dune's intrigue-laden, high politics fiction, but I'm really curious how long a typical game of Dune: Spice Wars will last. An RTS match can be over in minutes, while a 4X run can last for hours or even days. Where will this hybrid game fit in that range?

The FAQ also provided a clearer picture of what features Dune: Spice Wars will have at its initial Early Access launch. There will be four playable factions to start, with a fifth planned for later in Early Access. Only the almost-mandatory houses Atreides and Harkonnen have been revealed so far. Shiro is planning on including multiplayer and a campaign eventually, which seems to imply that the only mode on launch will be instanced PvE.

I'm finding myself more intrigued by Shiro's Dune the more I see of it. Its art style, distinct from any of Dune's other adaptations, is really striking, and the hybrid 4X/RTS gameplay could hold a lot of promise. I'm hoping to get my "one more turn" fix in one of my favorite science fiction settings when Dune: Spice Wars gets its Early Access release later this year. 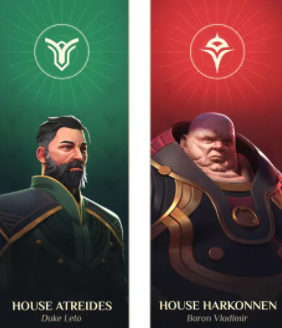