CES has seen some very cool announcements so far, from Samsung’s tricksy curved gaming monitor, or this PC case which opens and closes its vents depending on temperature. Some CES innovations are a little more practical, like this new wireless headset that boasts 300 hours of battery life in a single charge.

HyperX headsets are already known for generally being very good. Their wireless models especially take the cake, so chances are the new HyperX Cloud Alpha Wireless gaming headset will be one to watch. Despite that huge battery life, HyperX claims it’s not much heavier than the previous version but I’d still want to try one out before committing my head.

Otherwise it seems like a solid headset. It features DTS Headphone X spatial audio, which should give players a real sense of being in a 3D space with sound realistically coming from all directions. Then there's the new dual chamber drives which claim to be slimmer and lighter than those from the wired version, while still matching the sound quality. To top it all off there’s a noise cancelling removable mic that comes with one of the ever helpful LED indicators for when you’re on mute. It should be available in February at $179.99 USD. 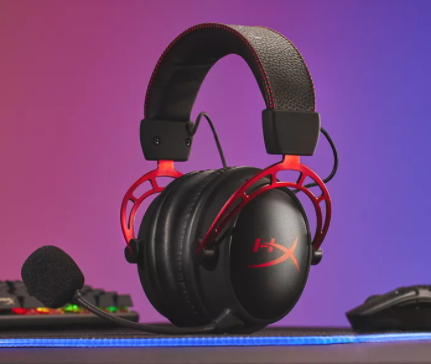