"League of Legends" 2021 World Series Group D group started the second round of six matches last night. The four teams from Korea GEN, North America TL, China LNG, and Europe MAD all achieved 3 wins and 3 losses, making it the first time in the history of the World Series. After a four-party playoff, GEN and MAD came to the fore after the playoff and advanced to the quarterfinals with the first and second places in Group D.
After the first four-party playoff in the history of the World Series, GEN won the first place in Group D and advanced to the quarterfinals (photo source: Riot Games)
The World Series will be followed by a draw for the quarterfinals. It is determined that the quarterfinals will be staged in South Korea. The LCK civil war will be T1 vs. HLE, and the Chinese LPL will be RNG vs. EDG. MAD will face last year's world champion DK, and C9 will play against GEN.
In the first round of Group D of the 2021 World Series of League of Legends, GEN and LNG had two wins and one defeat, and MAD and TL had one win and two defeats. In the second round of the game that started last night, the European and American divisions showed their aura, and TL defeated one after another. LNG, GEN, and MAD won the hands of TL and LNG. As for GEN and LNG, they only won one victory in the second round, which made the second round of the tournament complete. The first time in the history of the group stage, all four teams were 3 wins and 3 losses.
The first four-party playoff in the history of the World Series will be conducted immediately, with GEN playing TL and MAD playing LNG respectively. In the first game, TL and GEN come and go. Although GEN once faced TL successfully stealing Barong and other interference, it still managed to break through the opponent's main castle and win the promotion qualification. Afterwards, LNG faced MAD. LNG got a 3:0 advantage in the start. The economy maintained a slight lead in the early stage, but the MAD economy has always been tight. MAD succeeded in eating the ancient dragon in 40 minutes and turned around to eat the baron without any damage. LNG wanted to do it all. By launching an offensive approach to the opponent's high ground, MAD defended the wave of LNG's fierce offensive in front of the front tooth tower and successfully counterattacked. In the end, MAD broke through the opponent's main castle in 46 minutes and successfully advanced.
MAD and GEN immediately fought for the first place in Group D. GEN had gained the advantage in headcount and economy from the early stage. Although MAD tried hard to break the gap, the two sides competed for the ancient dragon in 46 minutes, and GEN made a change. After 47 minutes of the fourth, they directly broke through the opponent's main fort, and GEN obtained the first qualification for the D group.
At this time, the list of the top eight of the World Series has been finalized, including the four teams DK, GEN, T1, and HLE of the South Korean LCK Division all advanced to the top eight, as well as the EDG and RNG of the Chinese LPL, the C9 of the North American LCS and the MAD of the European LEC. In the subsequent eight-finals draw, due to the half-zone avoidance principle in the quarter-finals to prevent the teams from the same group from meeting again before the finals, the final draw results were LPL Civil War RNG vs. EDG, GEN vs. C9, LCK Civil War T1 vs. HLE, and DK compete against MAD.
The first round of the quarterfinals of the 2021 World Series of League of Legends will be held at 8 pm on October 22. T1 led by Faker will play against HLE, which has a well-known mid laner Chovy. 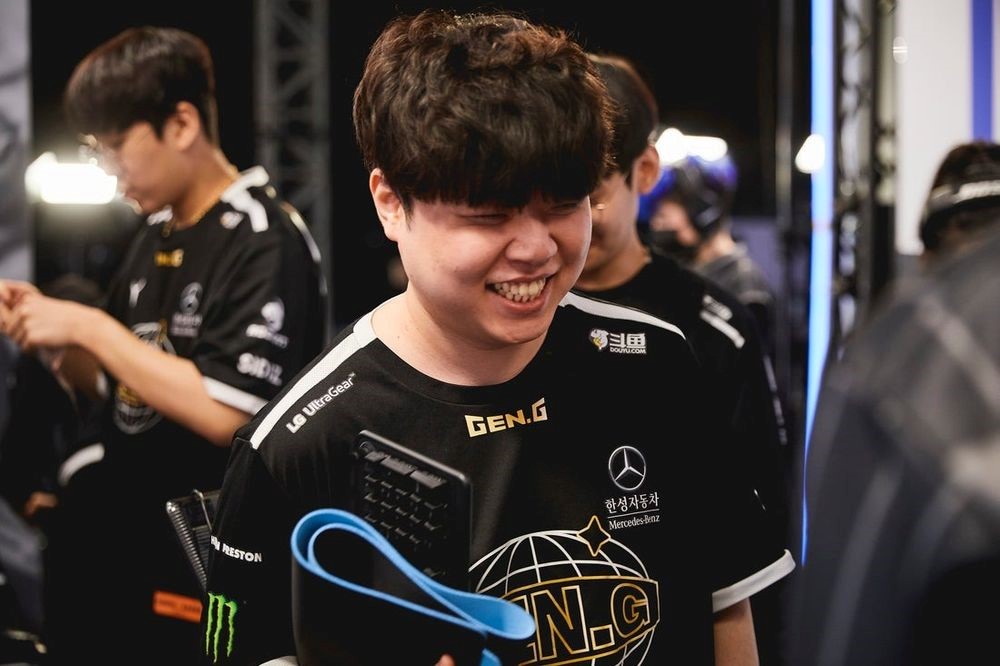