Many Overwatch players were frustrated(opens in new tab) that heroes in the sequel won't be free for everyone like they are in the first game, limiting your ability to swap heroes mid-match. Blizzard's reasoning for the change was that most people don't swap and that the game is designed so that you don't have to as often. Despite this, a new ability that encourages you to change heroes suggests that it will remain an important part of the game.

Blizzard detailed(opens in new tab) a list of balance changes coming to Overwatch 2 when it launches free-to-play in a few weeks. Many of the changes are responses to feedback and testing from the game's two closed betas and the ongoing professional play in the Overwatch League.

The biggest changes in the list are part of Overwatch 2's new role passives, or buffs given to all heroes across its three roles: tank, damage, and support. In the June beta, damage characters—the most popular role in the game—were given a passive that lets them keep up to 30% of their ultimate charge when the player swaps from one hero to another. This helps encourage players to swap to a better hero when the situation calls for it.

Now, every role will have this passive. If Reinhardt isn't cutting it but you've built up 80% of his ult, you can now swap over to Roadhog and start at 30% charge. Mercy players can put the staff down and pick up Lucio and not reset their progress, too. In the post, Blizzard said the change was requested by players. "After continued testing, we agree, and are making a change so the entire roster should have access to the hero swap passive as we launch," Blizzard wrote.

The ability encourages players to engage with Overwatch's hero swapping metagame, where heroes have rock-paper-scissors interactions that can be countered on-the-fly: if one hero gets countered by another, you can always switch on your next respawn.

Blizzard giving players more reasons to swap heroes is a bit surprising given that, just last week, while defending its decision(opens in new tab) to lock new heroes behind the freemium battle pass and potentially disrupt this strategy, it said most players simply don't swap. Game director Aaron Keller told PC Gamer in a group interview that "when you look at the data, of how often people switch heroes and how many heroes they typically play at one time, the majority of our players play a relatively small number of heroes."

Blizzard's argument is, essentially, that it's not a big deal if players don't have access to every hero, because most just stick to a few mains anyways.

"You look at how people are actually playing the game there, [and] they're using a couple of heroes for most of how they play," commercial lead and VP of Blizzard Jon Spector said in the same interview. "And then sometimes they'll swap and they'll add in a couple more heroes. And so when we go and we say, 'Is it actually going to impact the play experience if someone has 34 out of 35 heroes?' When we look at the data, we feel really confident that it's not going to."

Keller explained that the team is "trying to take some of those really hard rock-paper-scissors interactions out of the game," and consolidate those tactical options on individual heroes.

With the new passive ability, Blizzard seems to be trying to have it both ways: Hero swapping is evidently still important enough to encourage with a new hero passive, but it's also no big deal to the type of players who will grind for weeks (or pay $10 seasonally) to have a complete roster.

Despite losing its lead hero designer earlier this year, Overwatch 2 plans to release heroes at a fast rate: one every other nine-week season, with new support hero Kiriko at launch and a new tank in December. Overwatch 2 will release and replace the original game on October 4. 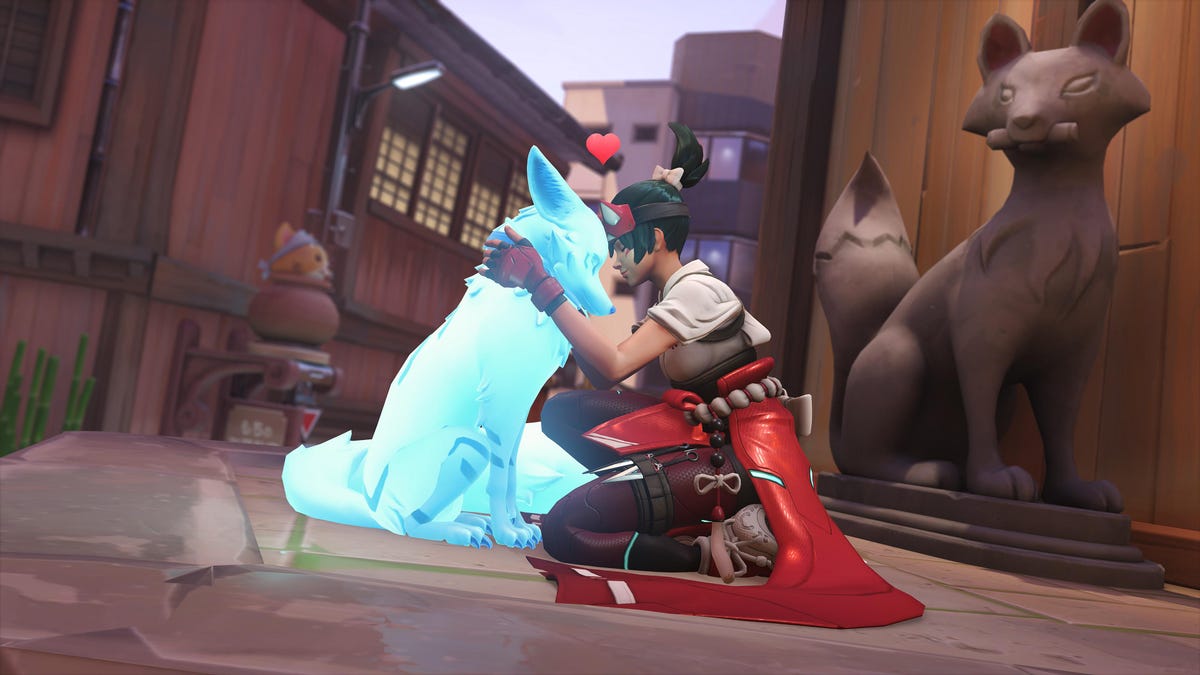