World of Warcraft: Dragonflight will be out later this year

World of Warcraft: Dragonflight will be out later this year

Blizzard announced today that Dragonflight(opens in new tab), the ninth expansion to the long-running MMO World of Warcraft, is available for pre-purchase now—and, more importantly, will be out later this year.

Announced in April, Dragonflight—as the title suggests—brings dragons to WoW via a journey to the nigh-mythical Dragon Isles. Players will discover the history of the ancient dragons and their kingdom, learn what's happened to them over the past 10,000 years, and ultimately attempt to forge alliances with them in order to combat new threats to the realm.

From a more practical gameplay perspective, Dragonflight will add four new zones—the vibrant Waking Shores, the verdant Ohn’ahran Plains, the sprawling Azure Span, and the resplendent Thaldraszus—with a new system for getting around in the skies called Dragonriding, a new playable race called the Dracthyr, and an increased level cap of 70. There will also be an "extensive overhaul" of WoW's talent system, updates to in-game professions, and changes to the HUD and UI.

"We are thrilled to share that we’ll be bringing our next expansion to players later this year," executive producer Holly Longdale said. "Dragonflight is a return to Azeroth, and the freedom and exploration that World of Warcraft is known for. This is your chance to get up close and personal with the rich history of the storied Dragon Isles, and to immerse yourself in the high-fantasy at the core of the Warcraft universe." 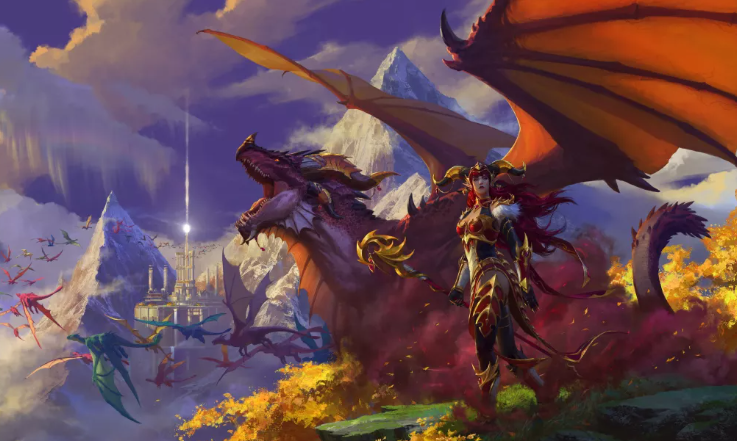