Call of Duty's Godzilla vs. Kong event was more fun to watch than play

Call of Duty's Godzilla vs. Kong event was more fun to watch than play

After years of action movie crossovers with Die Hard, Rambo, and Judge Dredd that haven't done anything for me (but my dad would probably love), Call of Duty: Warzone finally put on an event I couldn't resist. Operation Monarch, a new game mode live for the next few weeks, drops both King Kong and Godzilla onto the island of Caldera and asks you to survive their rampage.

Say no more. Update downloaded. Shaders are cached. I wanted… no, I needed to see a full-scale Kong/Zilla showdown from the perspective of a puny CoD solider.

At least, that's what I was hoping Operation Monarch would be like. I've played a few rounds of Monarch to completion now. It is pretty cool, but it's definitely not a playable recreation of the duo's fight in the Godzilla vs. Kong movie. In fact, the two monsters don't fight each other at all. They actually seem to have bonded over their hatred of the 60 tiny Call of Duty soldiers running around the island and would rather attack them instead.

King Kong, in particular, really seems to want me dead. The furry jerk keeps chucking rocks the size of buildings on top of my squad. 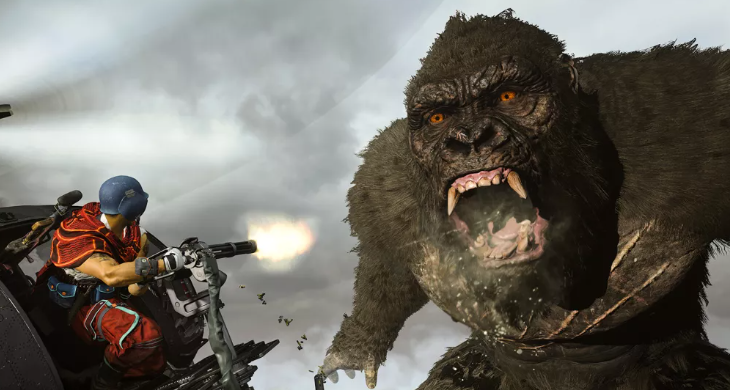